Fairtrade worker Sara Montoya, from a Fairtrade Coffee Co-op in Colombia was the special guest in Limerick City and County Council chamber today at an event to coincide with Fairtrade Fortnight.

Sara joined Fairtrade supporters from across Limerick and Ireland for the annual initiative, which features a programme of talks and community events aimed at promoting awareness of Fairtrade and Fairtrade-certified products.

Speaking at the event in Dooradoyle, Sara outlined the success and benefits of the Fairtrade movement in Colombia and how important it is for people in the developed world think of Fairtrade products when shopping.

This year's campaign ‘Create Fairtrade’ invites us all to use our imagination and create fairtrade in our lives.

Young people from across Limerick city and county were also a focus of the event as they displayed their posters, which they created to help change the way people think about trade and the products on our shelves.
Photo by Diarmuid Greene 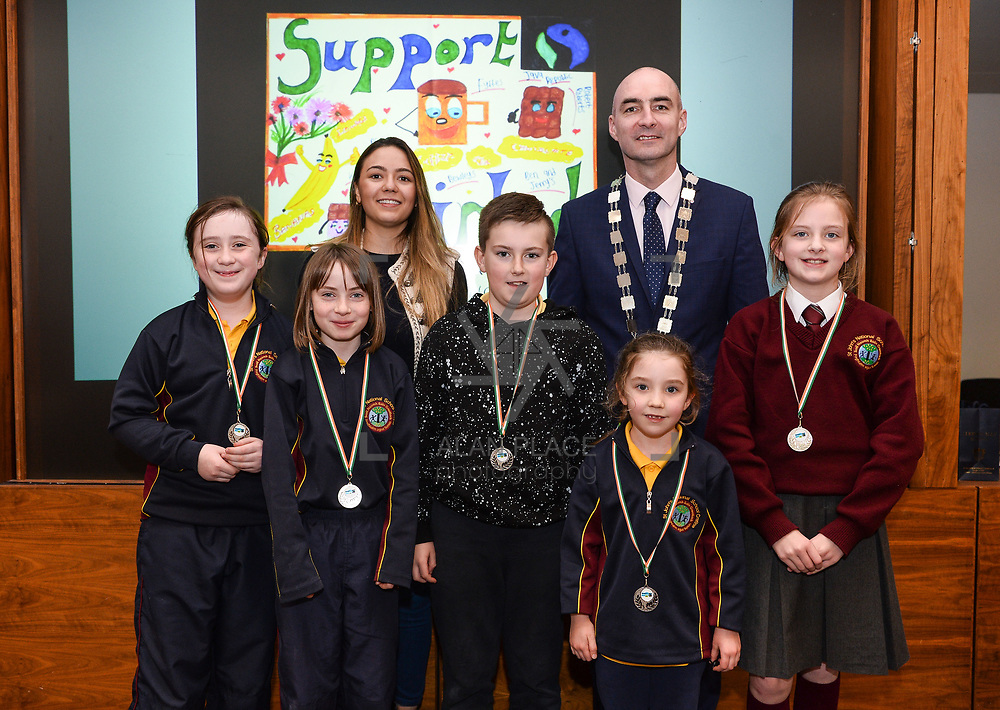