Hazelwood College student, Elaine Kennedy's project, Spraying is a hazard on the farm, Know what your doing and don't cause harm!, was highly commended in the Life Sciences Category. Elaine Kennedy is pictured with George Porter, SciFest and Brian Aherne, Intel. 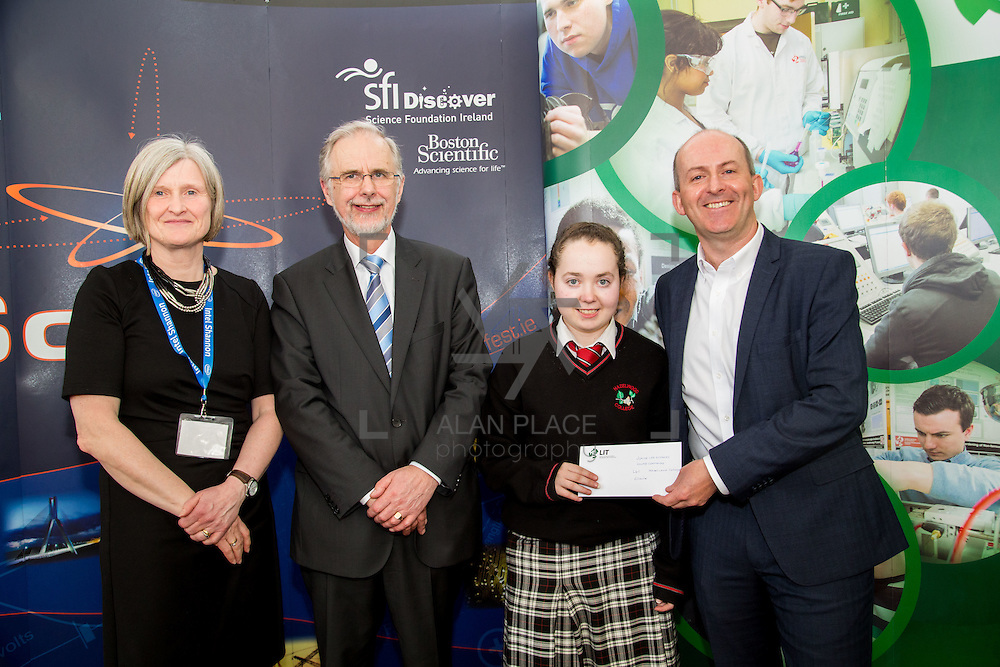