The C.I.O.B. Award was awarded to Sean Bourke for Excellence on the B.Sc. in Construction in Site Management. The award was presented by Dr. Maria Hinfelaar, President LIT and Niall Greene, Chairman LIT Governing Body. Picture: Alan Place/Fusionshooters. 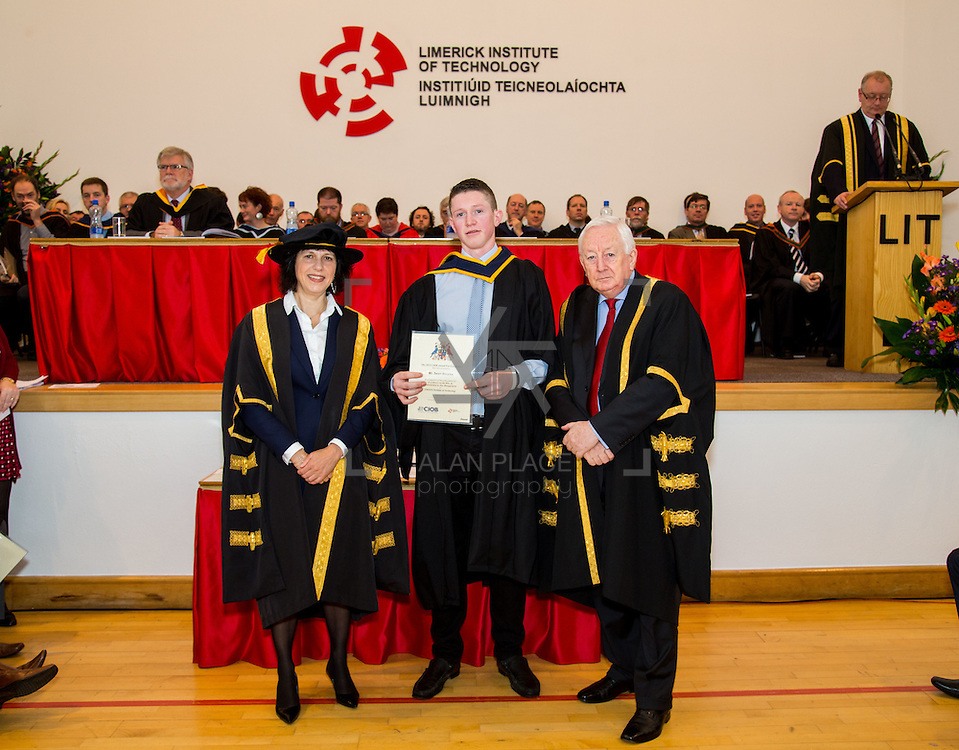