30.05. 2017.
Limerick Museum opened the doors to its new home at the former Franciscan Friary on Henry Street in the heart of Limerick city, dedicated to the memory of Jim Kemmy, the former Democratic Socialist Party and Labour Party TD for Limerick East and two-time Mayor of Limerick.

Pictured at the opening of the new Museum were, the late Jim Kemmy's sister Joan Harnett and brother Joe Kemmy with Mayor of Limerick Cllr. Kieran O'Hanlon.

The museum will house one of the largest collections of any Irish museum. Picture: Alan Place 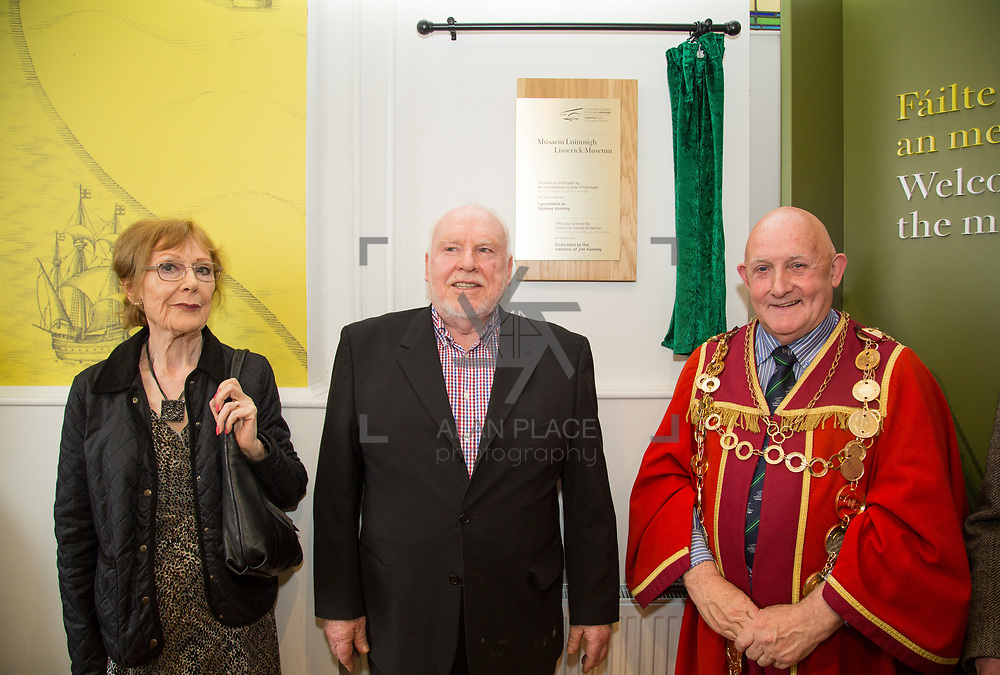